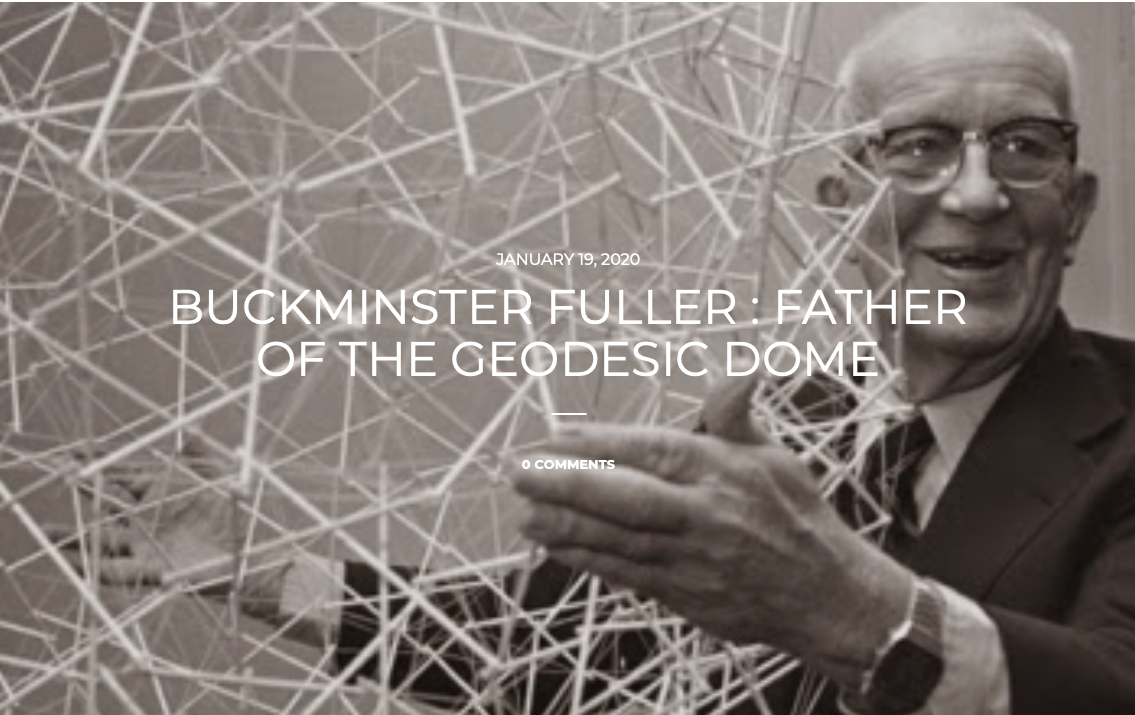 Buckminster fuller (July 12, 1895 – July 1, 1983) from Milton, Massachusetts, was an inventor, visionary, free thinker and problem solver. He dedicated his life to making the world work for all of humanity.

Fuller did not limit himself to one field but did a comprehensive study and world inventory of human trends and needs with an aim to develop technology that did more with less. He set out to solve global problems and spent his life working across multiple fields, such as architecture,transportation, geometry, engineering, science, education and energy. One of Fuller’s lifelong interests was using technology to revolutionize construction and improve human housing. He is best known for the development of the geodesic dome.

1927 was a pivotal year for Fuller. At age 32 after a failed business venture and other unfortunate events he found himself penniless and contemplated suicide by drowning in Lake Michigan. In his ‘dark night of the soul’ he experienced a profound incident which would transform his life and his overall perception forever.  During the incident, time appeared to stop while he listened to a voice speaking directly to him. The voice declared,

“You do not have the right to eliminate yourself. You do not belong to you. You belong to Universe. Your significance will remain forever obscure to you, but you may assume that you are fulfilling your role if you apply yourself to converting your experiences to the highest advantage of others.”

Fuller made a conscious decision to re-examined his priorities in life, and ultimately decided to embark on a lifelong ‘experiment’ making himself a scientific ‘guinea pig’ to determine how much positive influence one average person could have on the world.  From that moment forward, Bucky committed himself to doing his own thinking and to rigorously questioning everything he had previously been taught to believe.  It was a radical divergence from the status quo that he referred to as ‘the game’.  He no longer sought income or personal recognition but operated out of faith that provision would be provided.  He recounted miracle after miracle of impossible things happening, of things he needed showing up at the last critical moment when he needed it.  He stated, “During all these last 56 years I have been unable to budget.  I simply have to have faith and just when I need the right-something for the right-reasoning, there it is  — the workshops, helping hands, materials, ideas, money, tools”.  Over time, his hypothesis began to prove itself as the bumps in the road got smoother  and his faith in the integrity of his mission grew.

Speaking to audiences later in life, Fuller would regularly recount the story of his Lake Michigan experience, and its transformative impact on his life 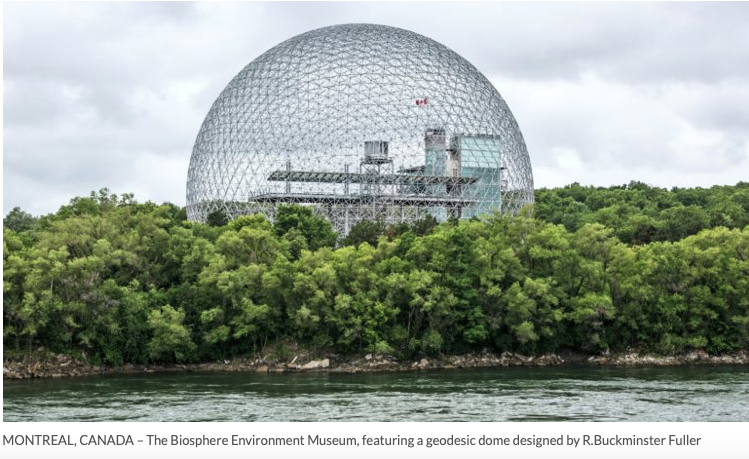 AirCrete is a lightweight cement based material that contains stable air cells uniformly distributed throughout the mixture. It is a concrete which utilizes a stable air cell rather than traditional aggregate. It is a minimum of 20% (per volume) foam entrained. It is also know as cellular concrete, foam concrete, foamcrete, light weight concrete, aerated concrete.

Aircrete is produced in industrial settings and commercially throughout the world. This process typically requires large, heavy, expensive, machinery to create the precise foam and incorporate the foam into the concrete. A few creative innovators, most notably Hajjar Gibran from Domegaia, worked to develop a simple, inexpensive, do-it-yourself method for creating aircrete. It can be made with small, readily available tools that makes the process more affordable and accessible. This process opens up a construction technique to a larger demographic who lack the resources or skill to build conventionally. It’s simply a faster, easier, cheaper and more sustainable building solution.

This website’s focus is on the process, development, improvements, experiments, benefits and challenges of the do-it-yourself version of lightweight air infused concrete called aircrete.

WHY IS DIY AIRCRETE SO INNOVATIVE: DIY aircrete is easy to produce, low-cost and low maintenance. It’s doesn’t require skilled labor.  It’s strong yet extremely lightweight. It’s environmentally friendly. It provides excellent thermal and acoustically insulation, taking less energy to heat and cool. It’s fire, mold, pest, termite proof and water resistant…unlike wood, adobe, cob, straw bale, compressed earth or metal buildings that can rot, rust and decompose in water . Aircrete is not harmed by water. (However, it is not impervious to it if not properly sealed)

Mix designs can be modified or adapted to meet project specifications or building needs. A refractory mix recipe can be made for areas that will be subjected to intense heat. Stronger, higher density mixes with added aggregates, basalt mesh/wire mesh can be made for structural purposes for foundations or larger panels. While lower density, lighter mix designs are suitable for non-load bearing structures or for thermal insulation.

Aircrete can be sawed, screwed, cut, carved, drilled or nailed and is easy to work with and repair with simple handheld tools. It can be pumped or poured into molds or forms. 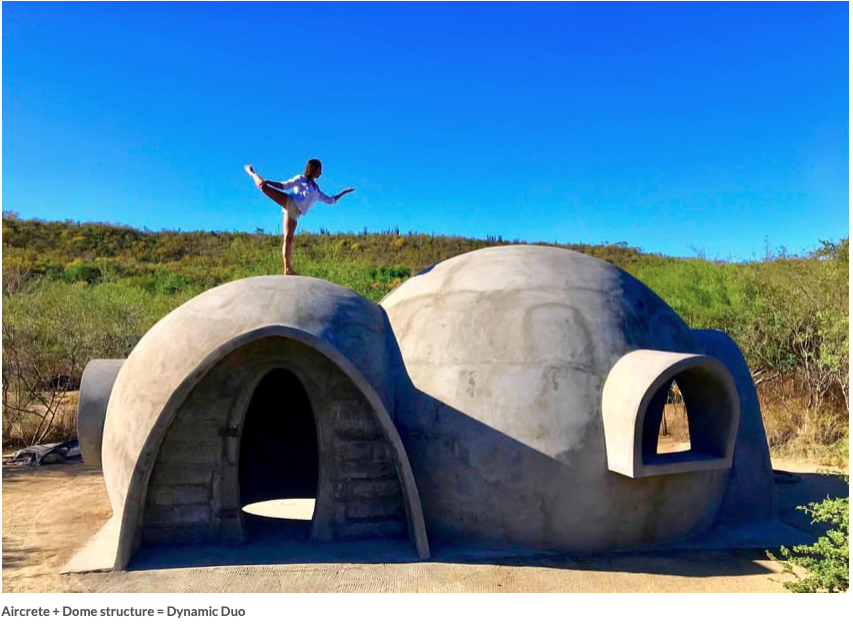 Couple this building material of the future with the arched dome and you have a truly dynamic duo! The American Institute of Architects calls the dome “the strongest, lightest and most efficient means of enclosing space known to man.” Domes enclose the largest volume of interior space with the least amount of surface area, which saves on materials and cost. Additionally, a dome’s structure is one of the most efficient interior spaces because air circulates without obstruction. In the event of a natural or man-made disaster, domes meet or exceed FEMA’s standards for providing near-absolute protection. Dome homes are known to have survived wildfires, earthquakes, tornadoes, and hurricanes. 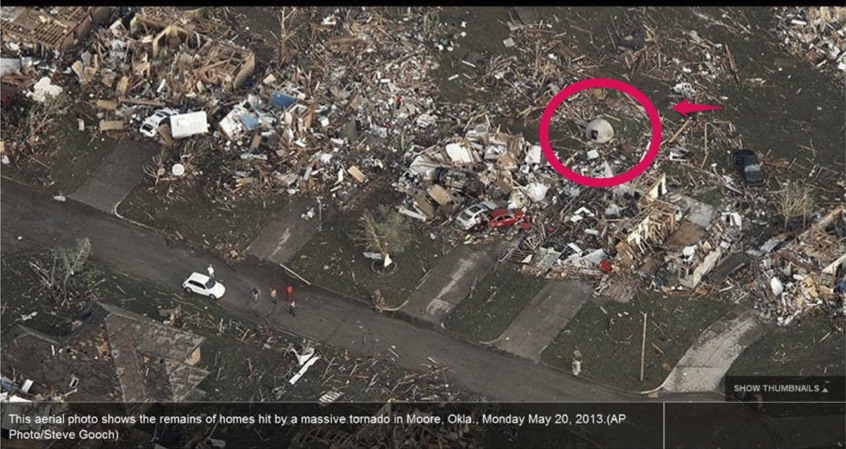 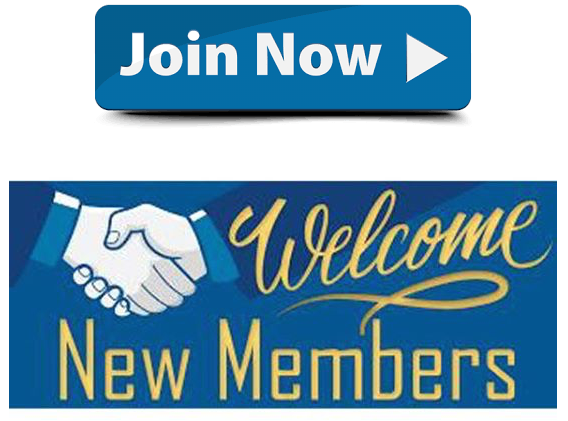 How To Make Aircrete